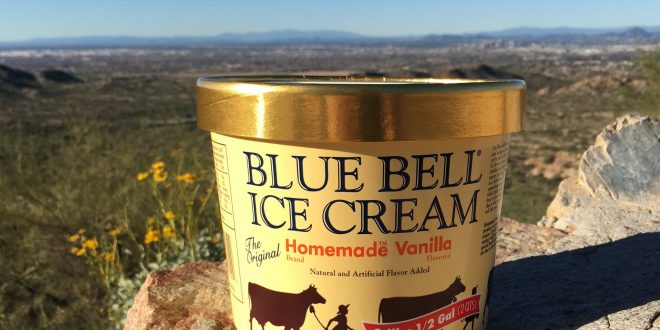 BRENHAM, Texas, December, 2017 – Blue Bell Creameries is excited to announce it will be expanding its distribution area to include Albuquerque and the surrounding cities beginning March 12, 2018. (Cities listed below.)

“It has always been our goal to return to the Albuquerque area,” said Wayne Hugo, vice president of sales and marketing for Blue Bell. “Blue Bell has been available in parts of southeastern New Mexico since 2016. And now, with the addition of Albuquerque and its surrounding area, we are able to offer our products to even more stores across the state. We can’t thank our customers enough for their patience.”

Blue Bell will reopen its distribution facility located in Albuquerque. “We have started hiring personnel for our Albuquerque office and will continue to do so over the next few months,” Hugo said.

No store locations have been released at this time, but ice cream fans can expect to find Blue Bell at most major supermarkets and drug stores when it returns to the area.

In addition to Albuquerque, Blue Bell will soon announce more cities it is expanding to in 2018. “We have great things planned for next year,” Hugo added. “But today, we are happy to share this news with our fans in Albuquerque. And, when Blue Bell arrives, you can bet we will have many of your favorite flavors and products available for all to enjoy.”

Cities to be served by Blue Bell in New Mexico: