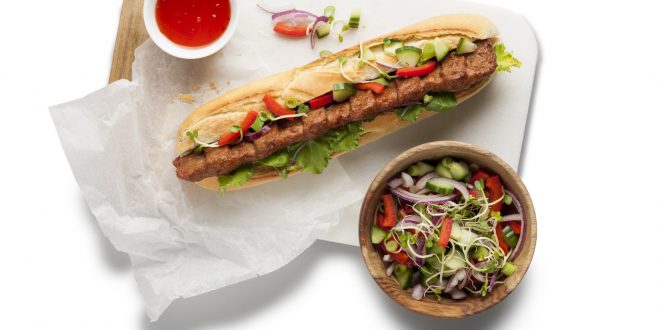 De Vries Van Oers will join IZICO Food Group as of 1 November 2017. With this addition, IZICO Food Group is increasing and strengthening its position within the snack food sector, specifically within the Benelux. IZICO Food Group, the company behind the brands Beckers®, Bicky®, and Daloon®, will use the De Vries Van Oers range to serve an even wider spectrum of the total Out-of- Home (OOH) market. In addition to the Fast Service channel, this also applies to the Petrol, Catering, and Leisure channels, as well as in-flight catering.

De Vries Snacks and Van Oers Snacks joined forces under a new group, De Vries Van Oers, in June 2015. Both family businesses have long been active in the OOH market for frozen snacks in the Netherlands and Belgium. While De Vries Snacks primarily known for the well-known product brand names like Mexicano® and is strong in the snack bar sector, Van Oers is primarily well-represented in the Petrol, Catering, and Leisure channels. In addition to a wide range of catering products, Van Oers is also strong in salads for in-flight catering, among others.
Complete portfolio

IZICO Food Group and De Vries Van Oers are taking advantage of each other’s strengths and complement one another in many ways. They see a very bright future together.

IZICO Food Group was founded with the intention of becoming “your favourite snacking company”. Before this, IZICO Food Group operated under the names Beckers Benelux and Favory Snacks. It took over the Danish Daloon A/S in 2015. In addition to production for its own brands, IZICO Food Group also produces high-quality Private Label snacks for the entire European market, including Retail, Food Service, and the Industrial sector. IZICO Food Group is one of the largest suppliers of frozen snacks, including spring rolls, frikandel sausages, hamburgers, meatless products, and snack breads/sandwiches. These products are produced in its factories in Katwijk (NL), Deurne (NL), Bocholt (BE), Newark (UK), and Nyborg (DK), as well as in Boxtel (NL) and Dordrecht (NL).