IZICO signs deal for the takeover of Danish Daloon A/S

IZICO signs deal for the takeover of Danish Daloon A/S

IZICO signed a deal for the takeover of the Danish company Daloon A/S. With the takeover IZICO, owner of the Beckers and Bicky brands, will be able to satisfy increased demand for Asian snacks, including spring rolls. The takeover will broaden their existing range of Meat-Free products and give IZICO the opportunity to continue developing the foreign market with product innovations using Daloon’s existing networks and vice versa. The takeover is to be submitted to the relevant competition authorities. 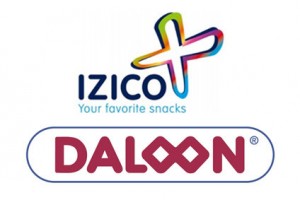 Daloon
Daloon was founded in 1960 and sells its products across Europe, with a particular strength in the UK, Germany and Scandinavia. It also exports to France, Spain, Austria and Switzerland. Daloon’s core business lies in Asian ethnic snacks, such as spring rolls, and Meat-Free products, and currently produces a range of over 100 different varieties. Daloon also manufactures various Oriental snack specialities (including Chinese, Indian and Thai snacks) plus a selection of Danish specialities.

International partner
CEO Kamiel Steendijk claims that the takeover is a logical step in IZICO’s strategy. “By taking over Daloon we can position ourselves even more strongly as a partner in the snack market with the highest quality, offering both branded and private label products. Daloon’s international network also gives us the opportunity to continue developing the European market with our entire range.”

Future
For the moment IZICO and Daloon will continue working side-by-side and taking advantage of each other’s strengths. Further opportunities for synergy will be considered in the longer term.