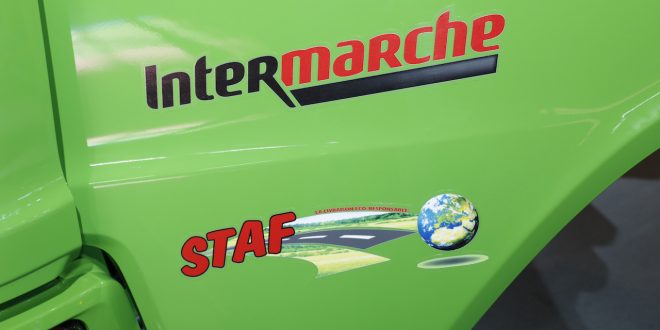 STAF is the leading distribution haulage company in the Paris region. (Photo: Scania)

With its strong environmental goals, it is not surprising that French food distribution haulier STAF was eager to become Scania’s first customer for the new 13-litre compressed gas engine truck. “I’d like to get at least another 50 vehicles as soon as Scania can deliver,” says owner and Managing Director Kara Mendjel.

With its fleet of 650 temperature-controlled trucks and more than 500 drivers, STAF is the leading distribution haulage company in the Paris region. With the prospect of the city of Paris phasing out diesel by 2025, STAF is starting to renew its fleet; by the end of this year it will have some 65 gas trucks in operation.

Gas is increasingly being seen as the primary alternative to diesel in major French cities. Today, there are ten filling stations in the Paris region but by as soon as next year the number will grow to 25. “We’re really seeing a rapid development in gas,” Mendjel notes.

At filling stations, vehicle owners can select between the slightly more expensive biogas, with carbon emission reductions of up to 90 percent, or natural gas, with CO2 savings of up to 15 percent. Regardless, both alternatives offer a 50-percent reduction of nitrogen oxide emissions and 40 percent lower emissions of particulate matter.

“There are approximately 13 million residents in the Paris region and operating trucks on gas will definitely improve the environment and the quality of life for Parisians,” says Medjel.

“There’s always an element of risk in being the launch customer but I have full confidence in Scania and the brand’s record in powertrain excellence,” concludes Mendjel.